In spite of the 26 beds offered, more than 5,000 requests registered were refused, due to a lack of space (103% occupancy rate) – a sad state which we share with other women’s shelters.

This year, we observed that more than half the residents were over 50 years old; highlighting that itineracy prompts at least 10 years earlier the onset of illness associated with aging, it portrays a worrisome situation.  The residents, refugees or immigrants, come from 31 countries.  The problems of mental health and violence suffered have ravaged most of the residents.

There are two feature events this year.  Charlotte Cardin, a young, talented artist, and songwriter-composer, became our spokesperson.  In addition, we became one of nine beneficiaries of the event, Soupe pour Elles, initiated by Sophie Brochu, President & CEO of Gaz Metro.

To learn more about matters from our Activities Report 2016-2017 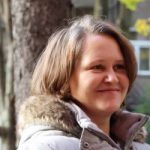 SUPPORT FOR WOMEN IN CRISISUncategorized 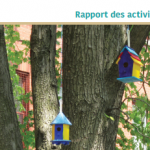