After 31 years at Auberge Madeleine, of which 23 were in management, Micheline Cyr is retiring.

A return to a path of commitments and diligence – As well as her academic achievements, Micheline was a socially engaged student. At the end of her Masters in molecular biology, she took up the challenge to obtain a doctorate in social work.  It was during this pursuit of her doctorate that she experienced a major turning point in her life and decided to reorient herself towards becoming involved with women in difficulty.  At first in 1987 as a night shift counsellor, she became a coordinator in 1989 and managing director in 1995.

Being very concerned with the violence towards homeless women, Micheline developed a flexible feminist intervention, created openings with sensitivity and respect for the different walks of life and encouraged the sharing of knowledge between counsellors and residents of the Auberge.

She favoured cooperation with university researchers and was an active participant in group projects which gave a voice to women.  As a spokesperson in the battle against violence towards women, she worked hard to make known the many faces of feminine homelessness.  Her expertise is recognized and respected at regional and provincial levels.

At the end of 2010, in the interest of responding to the feminist situation and under the guiding force of its director, Auberge Madeleine began steps towards the acquisition of a new residence allowing them to offer 26 places, and in the autumn of 2014, the private rooms became a reality.

For all women frequenting Auberge Madeleine, Micheline Cyr gave assurance that the shelter was more than just a roof overhead but also a refuge against hunger, fear, cold, violence and loneliness.

She leaves a solid heritage for which we are sincerely thankful.

In a unanimous voice, we wish smooth sailing to the wonderful woman she is.

The Board of Directors and team of the Auberge 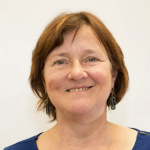 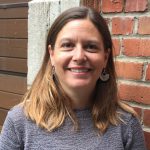